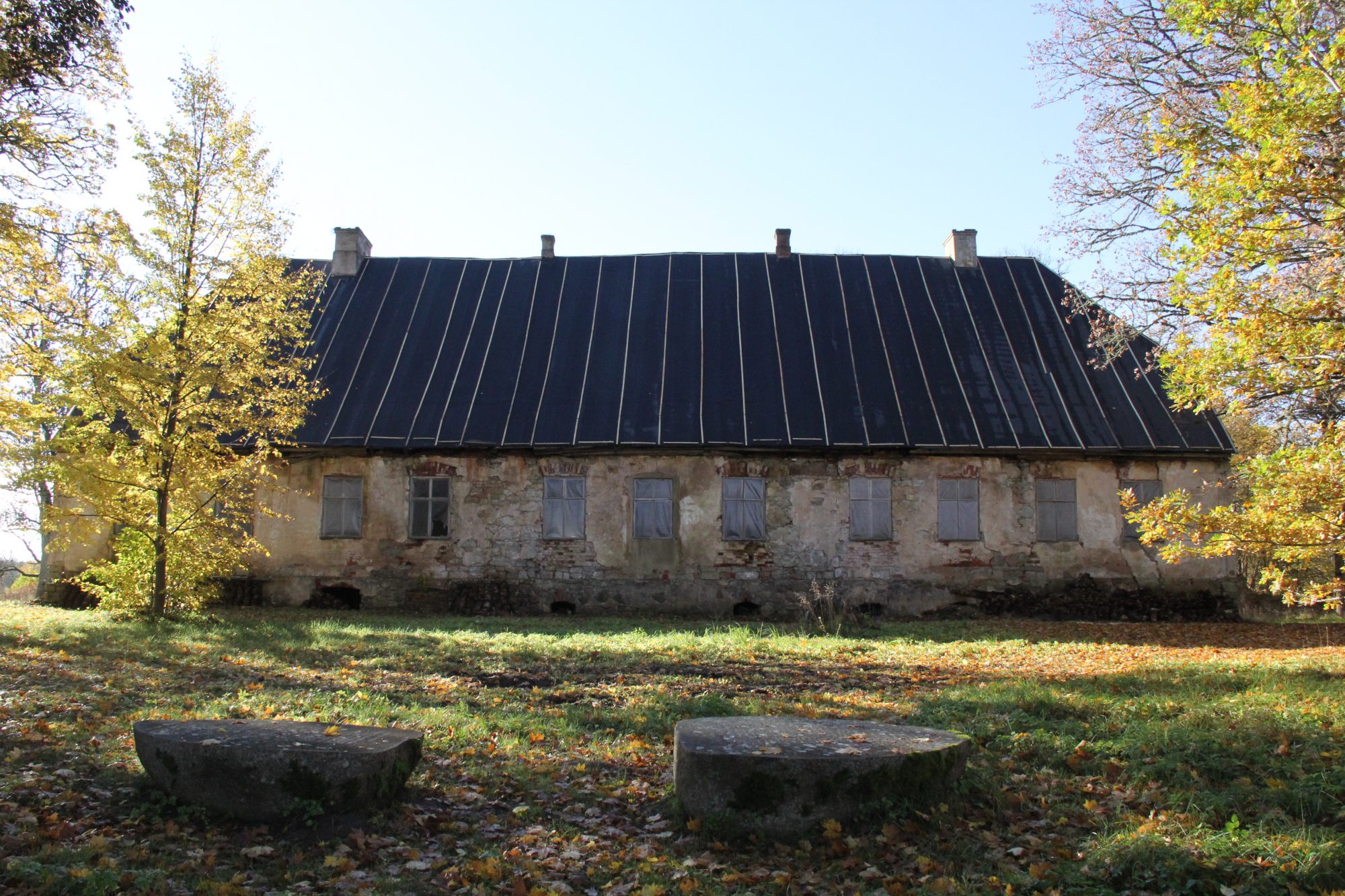 The architectonic artistic investigation has been started at the master’s house of
Brink-Pedvale Manor with the support of the State Culture Capital Foundation. The works are being carried out by the employees of “Arhitektoniskās izpētes grupa” Ltd., the old masters of architectural artistic research Daiga Levalde and Vija Strupule.

No historical sources have been found that contain accurate data on the construction time of the master’s house of Brink-Pedvale Manor. Perhaps it was built in the second half of the 18th century. In the 19th century, the building underwent local repairs relating to the floor, door, furnace change or repairs, but no information regarding larger reconstruction works has been mentioned. The 1905 revolution did not cause much damage to the building. In the 1920s and 1930s, the former owner of the manor Nicolai Lionel von den Brincken and several tenant families lived in the building. Between 1941 and 1945, the building was home to the German war infirmary, but after the war the building was at the disposal of the Sabile Cannery, which housed a dormitory there. In the early 1990s, Brink-Pedvale Manor was acquired by Ojārs Feldbergs and until 2009 the master’s house was used for exhibition purposes. Currently the building is managed by the association “Pedvāle”.

At the present stage of investigation, control probing has been carried out in the northwestern part of the building. In all rooms the original wall plaster, profiled cornices, and partly ceiling plaster have remained.

The master’s house of Brink-Pedvale Manor has retained rich information about historical decoration of the premises from the end of the 18th century up to the middle of the 20th century, which is important not only for the development of the restoration strategy of the particular site, but also significantly complements the overall history of Latvian interior. Therefore, architectural artistic investigation should be continued here by conducting probing in the uninspected premises and by drawing up appropriate reference materials.