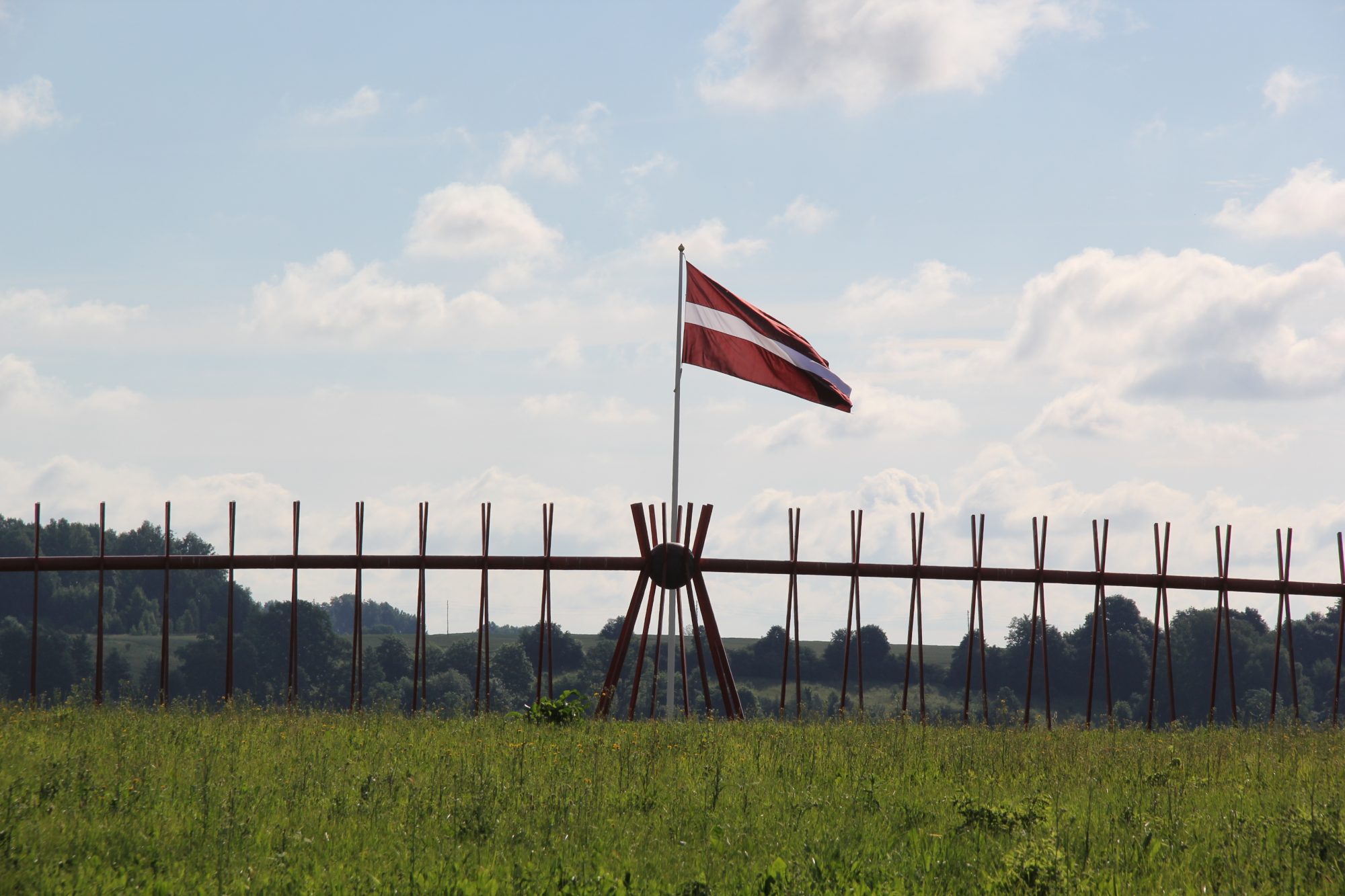 On the afternoon of 18 June 2021, filming of an audiovisual event “Latvian Flag” and live broadcast by the TV 9 Pakalni on Facebook took place in Pedvāle Art Park. The event was dedicated to the centenary of the adoption of the Law on the Flag and Coat of Arms of the Republic of Latvia.

In May 2020, Ojārs Feldbergs created an environmental art object “Meeting” in Pedvāle Art Park, dedicated to the Constitutional Assembly of the Republic of Latvia. The art object consists of 152 stones – the deputies of the Constitutional Assembly – who, in the period from 1 May 1920 to 7 November 1922, composed and adopted the Latvian Constitution, and elaborated laws on the Latvian anthem, flag, coat of arms, agrarian reform and other significant state documents.

On June 18, 68 dancers from Pastende dance groups “Spriganis”, “Austris”, “Dzalksti” and “Jumalēni”, members of Stende dance group “Teika”, and participants of Sabile amateur theater gathered at the environmental art object “Meeting” to symbolically perform the historical vote of 15 July 1921 by the deputies of the Constitutional Assembly of the Republic of Latvia on the “Law on the Flag and Coat of Arms of the Republic of Latvia”, in which the Law was adopted with 68 votes for, no one was against, but 30 deputies abstained in the voting.

The event was also attended by the Minister of Culture of the Republic of Latvia, Nauris Puntulis, Youth Choir “Balsis” conducted by Ints Teterovskis. The event was hosted by Māris Andersons.

The Association “Pedvāle” thanks the Ministry of Culture of the Republic of Latvia for financial support in the implementation of the event.

Due to the national restrictions related to the COVID-19 pandemic, it was not possible to watch the event in person, but the recording of the event can be viewed on TV 9 Pakalni on Facebook https://fb.watch/v/13qF7x7EZ/ .