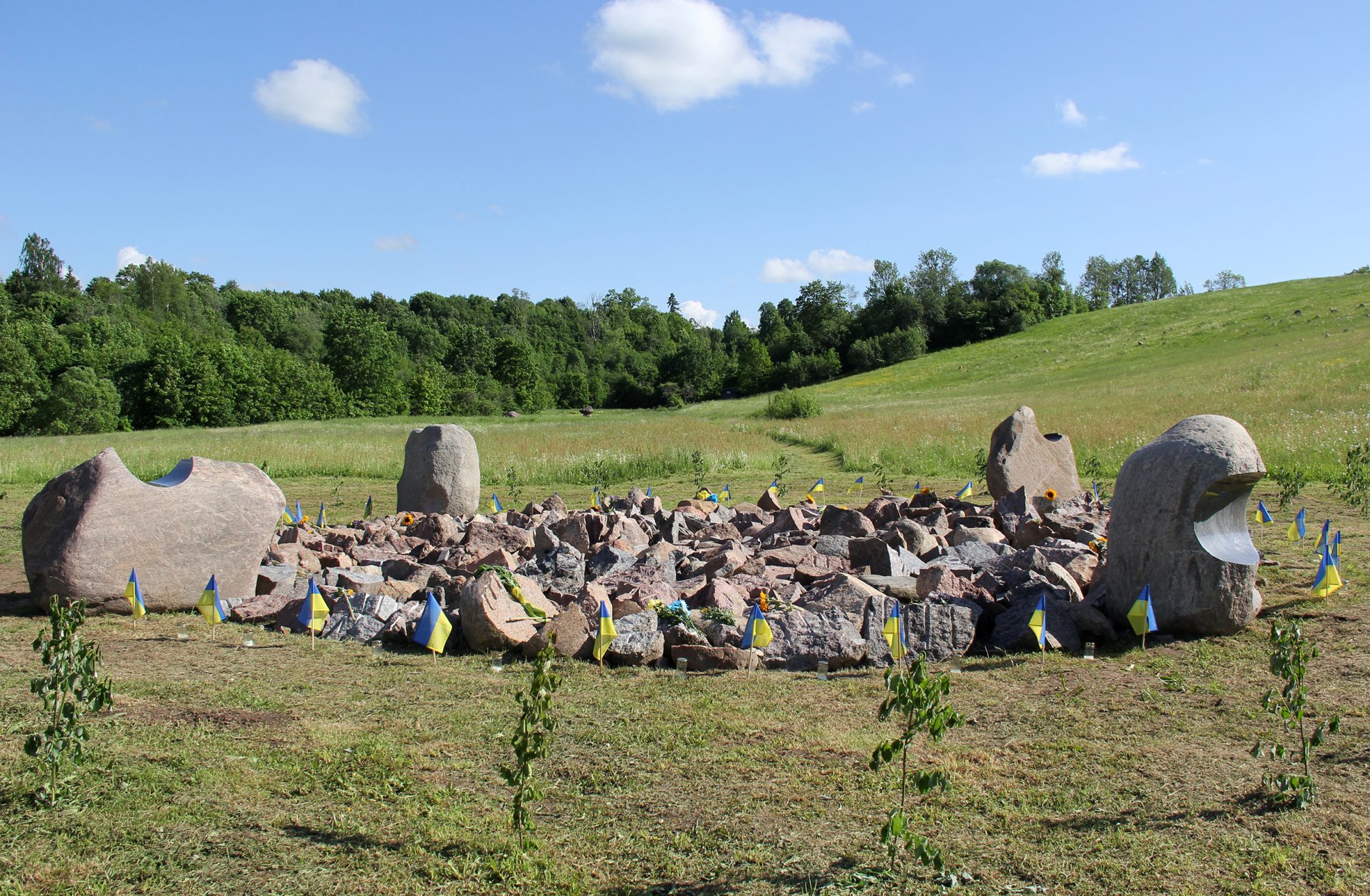 On June 11, an environmental art object “Scream” by Ojārs Feldbergs, dedicated to the war in Ukraine, was unveiled in Pedvāle Art Park. The object is made up of four boulders, the open mouths of which scream about the pain and disaster caused by the war, and the split stones are arranged in a circular composition like ruins in the destroyed cities of Ukraine.

Prior to the opening, the object was covered by a black overlay. Uncovering it, black and white smoke rose over the ruins. At the opening event, Ojārs Feldbergs had invited the goodwill ensemble “Strong Women” to participate, who sang Ukrainian folk songs about going to war and making traditional Ukrainian embroidered shirts. Two solo songs were also performed – ethnomusicologist Ilze Amanda Zakrevska sang “Oj, u sadu solovejko” (Ой, у саду соловейко), from the repertoire of Nina Matvienko. Matvienko is a popular Ukrainian actress, but she has also sung many Ukrainian folk songs. The leader of the ensemble Igeta Ozolina sang a folk song in the ancient Ukranian – “Letitj galocka” (Лєтіть галочка), learned from the repertoire of Ukrainian folklore researcher Susanna Karpenko.

The borders of the object were marked with small Ukrainian flags, symbolically marking the borders of Ukraine, which are being defended and candles were lit in memory of the killed. At the end, those present were invited to lay their flowers, and a cloud of yellow and blue smoke rose over the object.