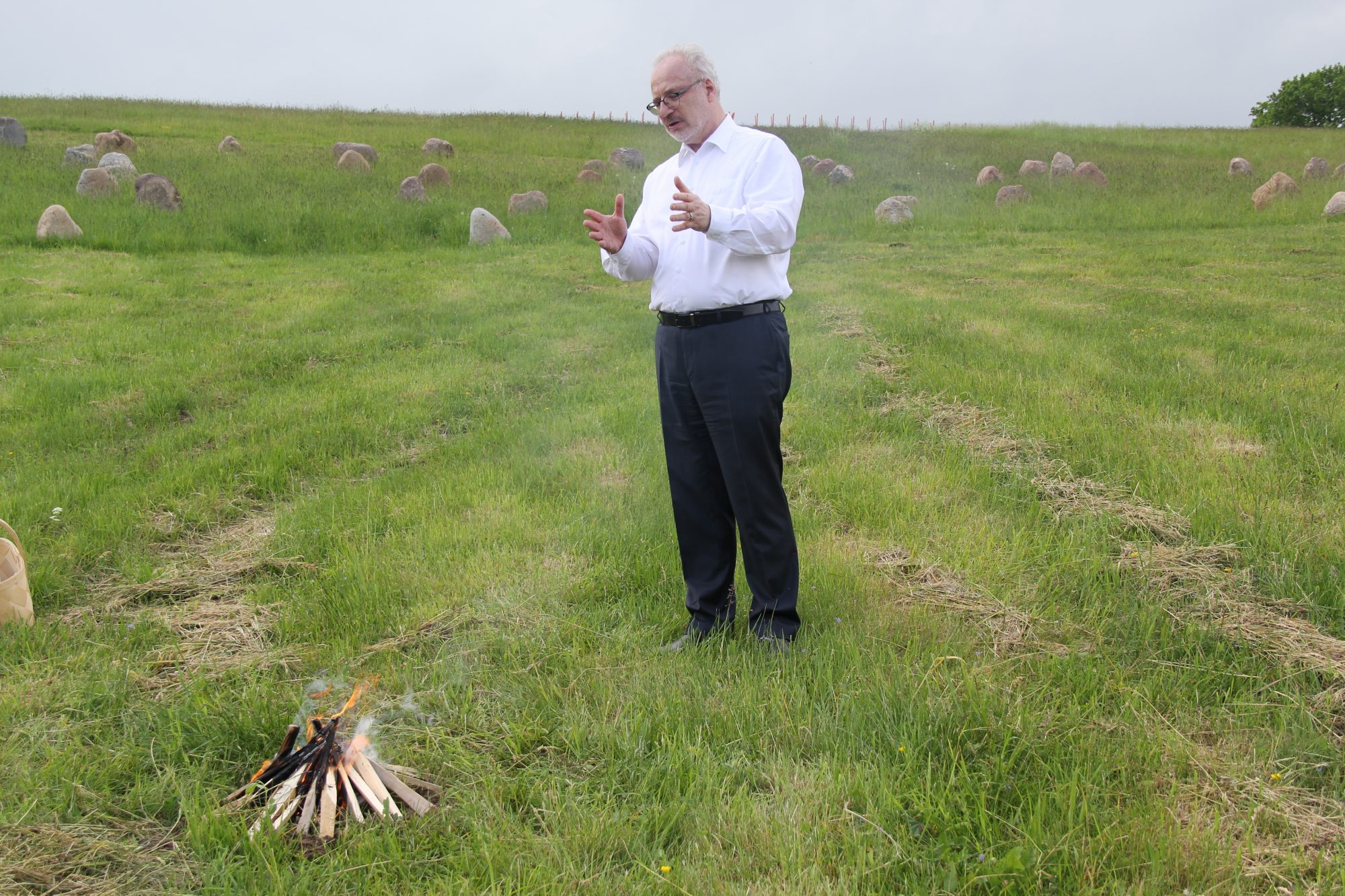 On June 8, 2020, a day after the centenary of the Latvian national anthem, State President Egils Levits visited Pedvāle Art Park.

The President was especially attracted by the environmental art object “Meeting” recently created by Ojārs Feldbergs, dedicated to the centenary of the convening of the Constitutional Assembly of the Republic of Latvia.

The President chose a sea stone seed for planting, conveying his message to it, so that it would grow, mature and come true in the land of Pedvāle, in the environmental art object “Meeting”.