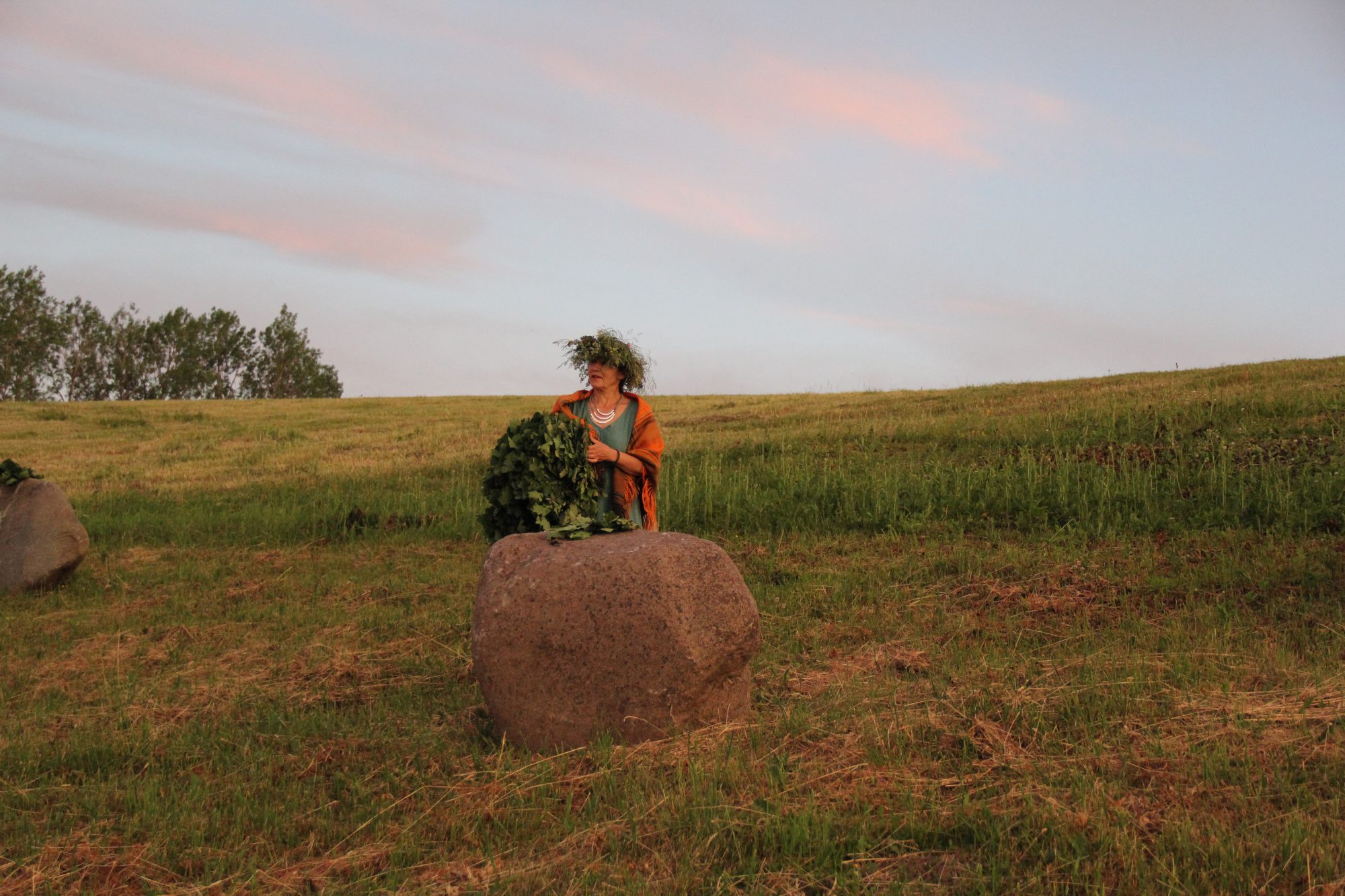 At Pedvāle Art Park, this year Midsummer was celebrated in a symbolic company of the deputies of the Constitutional Assembly

Each of the 146 fathers of the Constitution sitting in the environmental art object “Meeting”, including 14 of those named Jānis, was ceremoniously put on an oak leaf wreath on their ‘heads’, calling each one by name and greeting them with a joyful ‘Līgo!’. In turn, six ladies of the Constitutional Assembly – Zelma Cēsniece-Freidenfelde, Klāra Kalniņa, Apolonija Laurinoviča, Aspazija (Elza Pliekšans), Valērija Seile and Berta Vesmane got flower wreaths.

Before the performative honouring of the deputies of the Constitutional Assembly, friends and supporters of Pedvāle Art Park gathered on Briņķi Hill to jointly prepare the festive ornaments intended for the deputies. At sunset, a Summer solstice bonfire was lit as a source of togetherness, unity and light.

Kārlis Skalbe, one of the deputies elected at the Constitutional Assembly, also called for community and unity in his “Small Notes” a hundred years ago: “It was on the Summer Solstice, in the middle of summer. The blooming nature asked with the eyes of thousands of flowers, and the people answered with a jubilant ‘Līgo!’! – This is the word of a happy acknowledgment of life; in Midsummer songs – a bright worship of nature. Līgo! – it is the first scream of the people’s self-confidence. Midsummer songs carried it from hill to hill, from yard to yard. There were no newspapers or associations at the time. Only the songs expressed the common conscience of the people, and the Midsummer lights, sparkling from the hill, signalled that Latvians who felt the same way lived there. And if we want to re-enter this bright primary conscience of the people outside of associations, parties, newspapers and their quarrels, then we need to celebrate Midsummer among the people, in a small grey countryside yard, which has grown to the roof into fragrant lovages and flowering bushes, because only one can feel the intoxicating proximity of nature.”