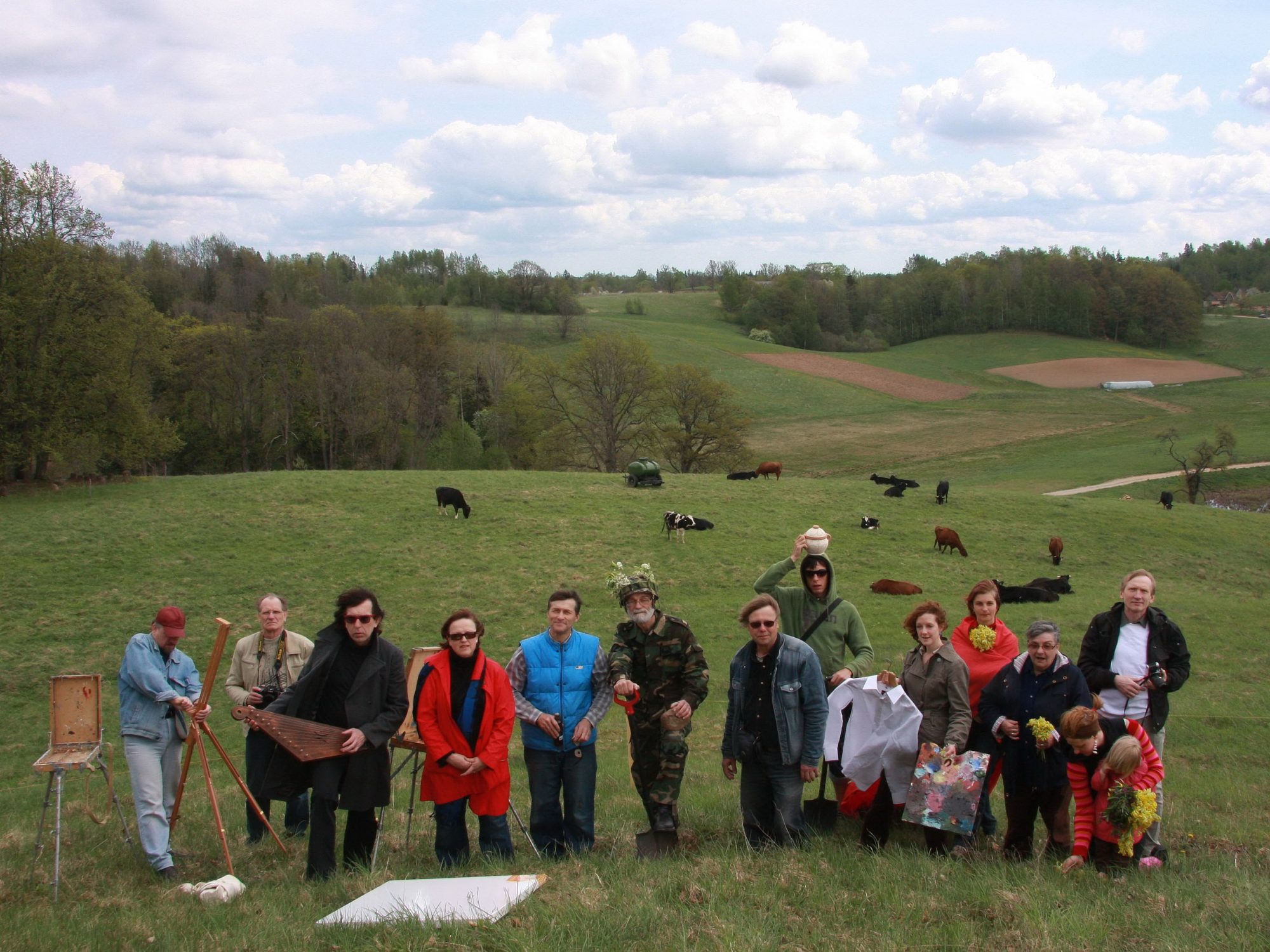 The renovated Fircks-Pedvale Manor already hosts an exhibition commemorating the 35th anniversary of the Talsi Bush Art Group. The exhibition will be open to public when the state of emergency related to the Covid-19 pandemic has ended.

There is reason to believe that at present and at no other time in Latvia is there any other group of artists known who would have stayed together for 35 years! What’s more, in such a small provincial town as Talsi.

In 1985, this company was lucky enough to meet artists born in about the same decade (around 1950), with the same perception of life and art – it can be said that they were and are on the same wavelength. It all started and continued in Talsi hills, Kamparhill, Damalu bushes, Kolka, Mazirbe and other plein air tours. Painting, the training of sight and emotions in the landscape has given this unity of artists expressiveness and a saturated palette of colors. Wind, rain, all seasons, the contrasts of sunsets and storms have not allowed Talsi artists to remain only “depictors” of nature; each of them has slowly developed their own form of expression in painting – gone from reality or returned again, but always very appreciated and personal. Also, friendship, bohemianism and a good sense of humor have indeed played a very important role in the existence of this group.

Since the beginning of the 1990s, along with the establishment of Pedvāle Open-Air Art Mu

seum, artists had the possibility to create objects, installations and performances, as well as participate in other events of Pedvāle Museum. Pedvāle as a very creative center of art events has given a lot to the growth of every Talsi artist – a lot of good has happened here…

However, in recent years, most of the group’s artists have developed themselves more as easel artists: painters, graphic artists and photographers, who form the core of about 15 artists, hold exhibitions in the region and Latvia, as well as represent the country and Talsi abroad – in Denmark, Sweden, the Netherlands, Estonia, Lithuania, Belgium, Finland, Ukraine, Turkey, the Czech Republic, Georgia, Italy, Belarus, Germany. Two Talsi painters have received the Swedbank award “Painting of the Year” – Zigurds Polikovs in 2015 and Guna Millersone in 2016. To the core of the group, meeting its internal criteria, new artists are slowly gathering.

With the exhibition at the renovated Pedvāle Manor, Talsi artists celebrate the notable 35th anniversary of their group’s existence, sho

wing the main sources of inspiration for their art – the landscape and everybody’s own individual sense of life in this place and time. The range of painting is wide enough: starting with a pronounced performance of abstract expressionism (Andris Vītols) and ending with conceptual realism (Laura Feldberga, Armands Zēfelds, Baiba Kalna), the largest group of painters consists of expressionists and at the same time good colorists (Zigurdis Poļiezs Kalsere, Guna Millersone, Elmārs Orniņš), but Modris Sapuns is currently one of the most famous naive artists in Latvia. Three Talsi photographers are more meditative in their pictures, reflecting upon the beauty of the industrial landscape on the way to Stockholm still very recently (“Lifting force” by Uldis Balga), about himself (“Spalv`_Ēn`s” by Gatis Spalvēns [word play of the artist’s surname meaning “Feather Shadow”]), but Dainis Kārkluvalks has perfectly conjured the peculiar charm of Pedvāle’s environment of the 1996 in his own author’s technique cycle “Motif of Austra Skujiņa”. The retrospection of Pedvāle’s time is represented by Ojārs Feldbergs with plant bed installations No. 17, No. 18, No. 19, No. 20. Laura Feldberga knows how to “objectify” both painting and graphics, as well as nature and philosophy in her installations.