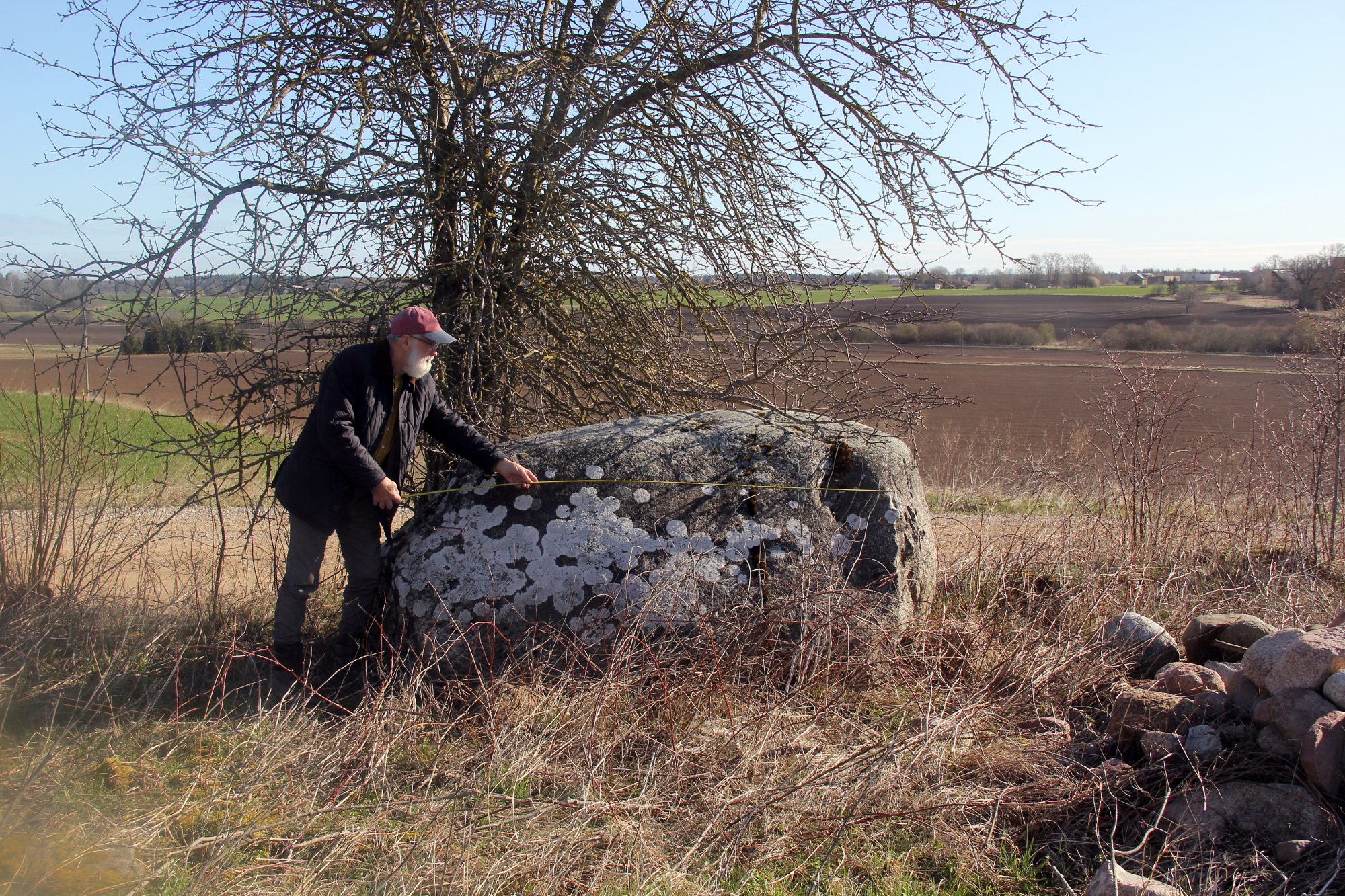 The Association “Pedvāle” continues to creatively celebrate the centenary of the Latvian State. This year, the focus is on the centenary of convening the Constitutional Assembly of the Republic of Latvia.

On April 17 and 18, 1920, elections to the Constitutional Assembly were held, in which 677,084 or 84.9 percent of the population entitled to vote participated. At that time, Pedvāle belonged to the village of Sabile, Talsi county, where 591 eligible voters lived. Voter turnout in Sabile was high – 538 people or 90.02 percent made their choice.

Celebrating one hundred years since this historic event, on April 17 and 18, the sculptor Ojārs Feldbergs travelled through the fields, forests, roadsides and sea coast of Kurzeme to symbolically select stones – candidates for the planned environmental art object “Meeting”, where 150 different stones just like the 150 deputies elected a hundred years ago from 16 different lists will be meeting on the 1st of May.

Kārlis Skalbe (one of the members of the Parliament elected by the Constitutional Assembly of the Republic of Latvia) expresses his opinion about this time as follows: “Along with the new building of life, the upbringing of the nation must begin. While touring Kurzeme during the election period, I had a chance to look closer at the face of the people. There were times when I wanted to cry in front of them for the views that are still so primitive and dark. In this great auction of affluence, in which all the parties tried to outdo each other, all I could say was that my magic auger had been forgotten at home. If it had been with me, I would have pierced the wall and you would have wine … The people are waiting for miracles. The simple truth that happiness is at work and in patience is not on anyone’s mind. And yet I would like to ask all the welfare commissioners: Have mercy on our poor people! Take care of what is good and good in them. First of all – their confidence in the job. Don’t give them the illusion that they will only take everything ready.”

The Environmental Art Object “Meeting” by Ojārs Feldbergs is created with the support of the State Culture Capital Foundation target program “Latvia -100”.