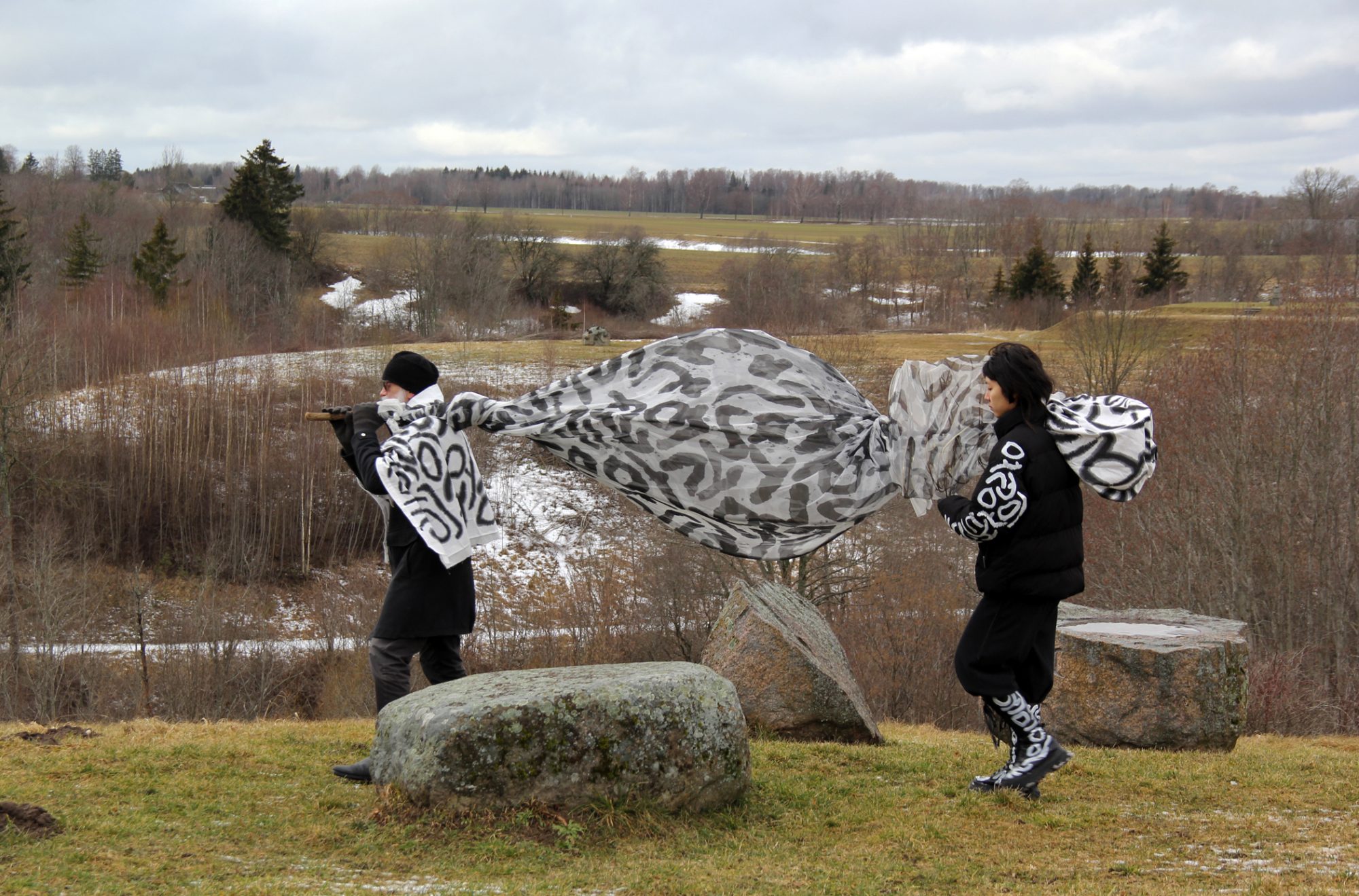 In February, at the International Artists’ Residency Pedvāle, the artist Chaelim Lim (the Republic of Korea) implemented a performance in two parts – outdoors and indoors.

The first performance “Ceremonial Funeral” was performed in Pedvāle Art Park. A human skeleton was made of a hazel tree and white alder wood, that was covered up with a white cloth on which the story of the human’s life was described in Korean script. During the performance, it was given back to nature during a ceremonial funeral ceremony – burial in the Rambulīte River flowing through Pedvāle Art Park. In the performance, the wooden / fabric body symbolized the “modern self”, which has become toxic as it has broken into nature and carried out aggression against the environment and all the living in it. By returning this body to nature, we restore the original connection with nature.

The second part of the performance “Rebirth” was performed indoors at the International Artists’ Residency. The toxic human that was buried the day before was reborn in a new form. The musical accompaniment – the composition “Pulse” by the Korean composer Eujin Bae, performed by pianist Artūrs Liepiņš – played an important role in this performance. Music symbolized the norms and rules of modern society. The newly reborn human initially tried to obey and follow them, trying to sit on a chair. This experiment proved unsuccessful and the new creature found a new path – creating sound by using its own body and wooden boards, thus defeating the frames imposed by the existing order.