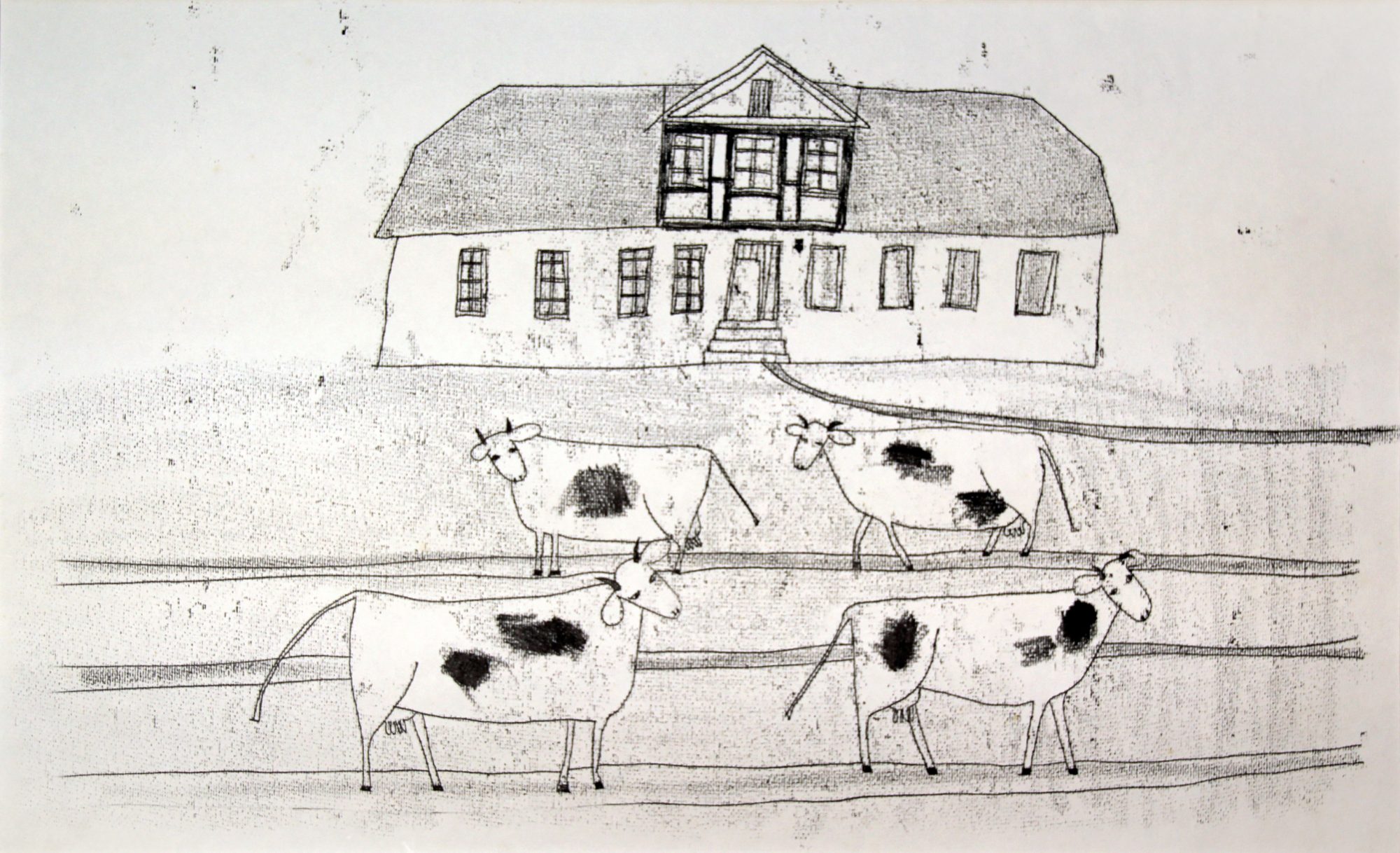 On 5 February, the exhibition of graphic works “Collection” was opened with a concert in Fircks-Pedvāle Manor. The concert was performed by flutists Zane Jurēvica and Liene Dobičina from the Trio Metamorphosis, performing compositions by Philip Glass, Goffredo Petrassi and Eugene Bozza.

Philip Glass’s work “Piece in the Shape of a Square” (1967) for two flutes is unique not only from a musical point of view, but also visually. “According to the composer’s intention, there are 32 sheet music consoles on the stage next to the musicians, on which the sheet music scores are placed, forming two squares – internal and external. Both musicians start the composition, standing opposite each other – one in the inner square and the other in the outer square. As the composition continues, they move in their own direction, meeting halfway and finally at the end of the composition. This visual element also reflects what is happening in the music. As Glass wrote in his book “Words Without Music”, “[..] this is how you count from one to ten and then from ten to one,” says musician Liene Dobičina.

Musicians of the Trio Metamorphosis have proven their high-quality artistic performance both in concerts in Latvia and by winning competitions and receiving invitations to perform at festivals in Europe.

The creation of the Pedvāle graphic collection was started in the early 1990s, shortly after the foundation of Pedvāle Park. At that time, in 1993, under the leadership of curator Ivars Runkovskis, art campaigns “EP!” took place all over Latvia – an identical graphic exhibition was held simultaneously in 33 different cultural institutions. At the end of the campaign, the collection of graphic works was donated to the cultural institutions that participated in it. This gift became the first gain of the  graphic collection of Pedvāle.

The exhibition “Collection” is open to visitors every weekend in the “green mode” from 10 to 16. Visits on working days must be booked in advance by calling +371 22401165. Entrance fee for adults 1.50 EUR; for pupils, students and pensioners 0.50 EUR.