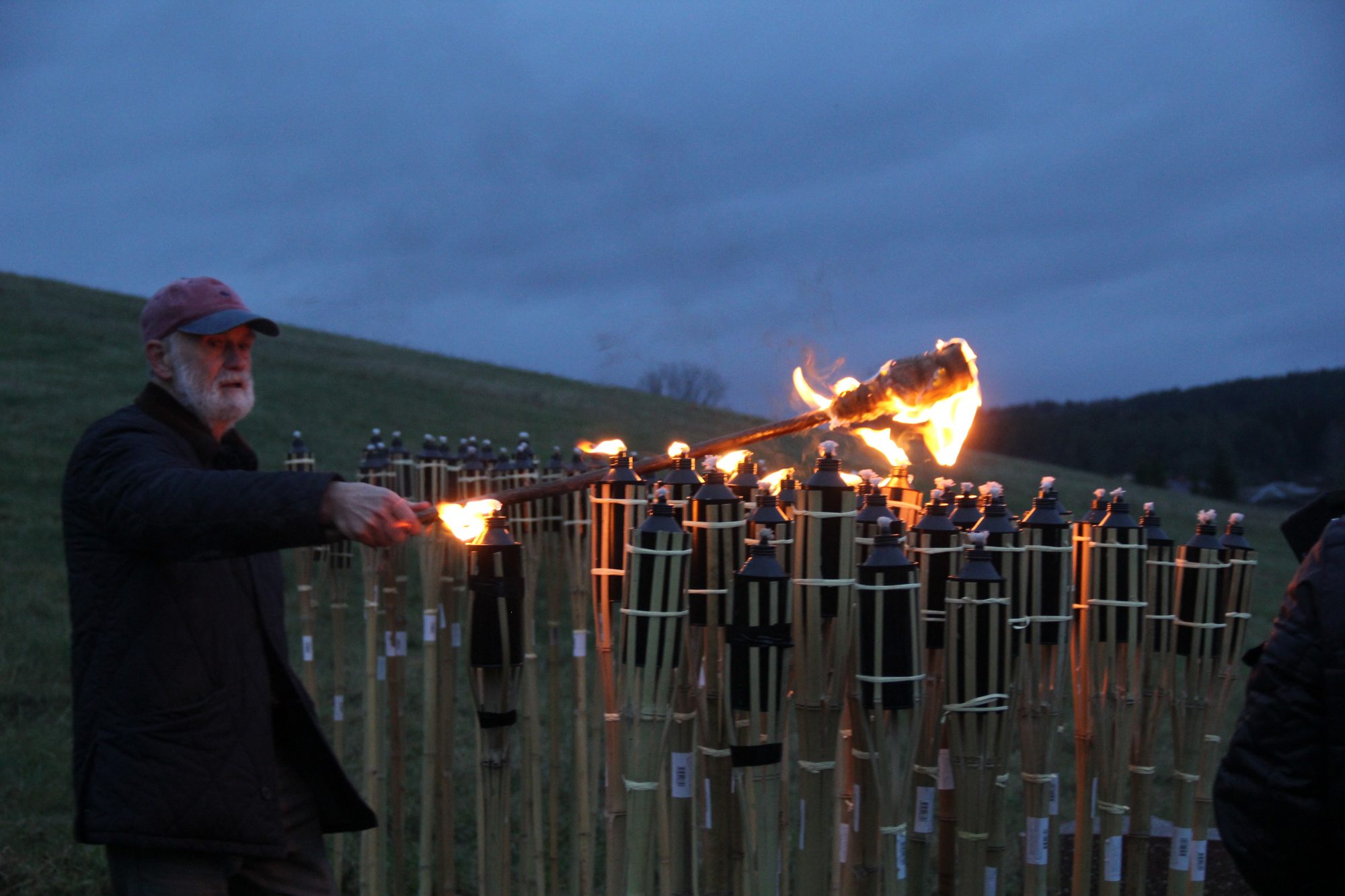 On its turn, in Pedvāle Art Park, on 21 November 2020, celebrating this historical event, the environmental art object “Meeting” created by Ojārs Feldbergs already in the summer was supplemented with 2 more stones-deputies. Taking into account the State of Emergency declared in the country, no public event was organized, however, O. Feldbergs invited the members and supporters of the Association “Pedvāle”, observing the sanitary norms and rules of distancing, to participate in the performance “150 + 2 = 152”, during which a burning torch was solemnly presented to each of the 152 stones-deputies of the environmental art object “Meeting”.

The artist was conceptually inspired by the writer Kārlis Skalbe, who was also one of the deputies of the Constitutional Assembly of the Republic of Latvia. In his “Small Notes” (“Mazās piezīmes”) he once wrote: “Do you know the tale of the burning heart? A red flame is standing over it, and it goes in front of the nation in its destinies. Where? Where? – you anxiously ask: Where is it burning? You have enough cold and enough indifference to extinguish it. But you will not succeed, because every nation has a burning heart going in front of it. And the magician has no power over it.” This time, too, after 100 years, despite the gusty wind, 152 torches shone at the foot of Briņķi ​​Hill in Pedvāle Art Park to remind us of inner values ​​and heart fervor, both for each individual and for the country as a whole.