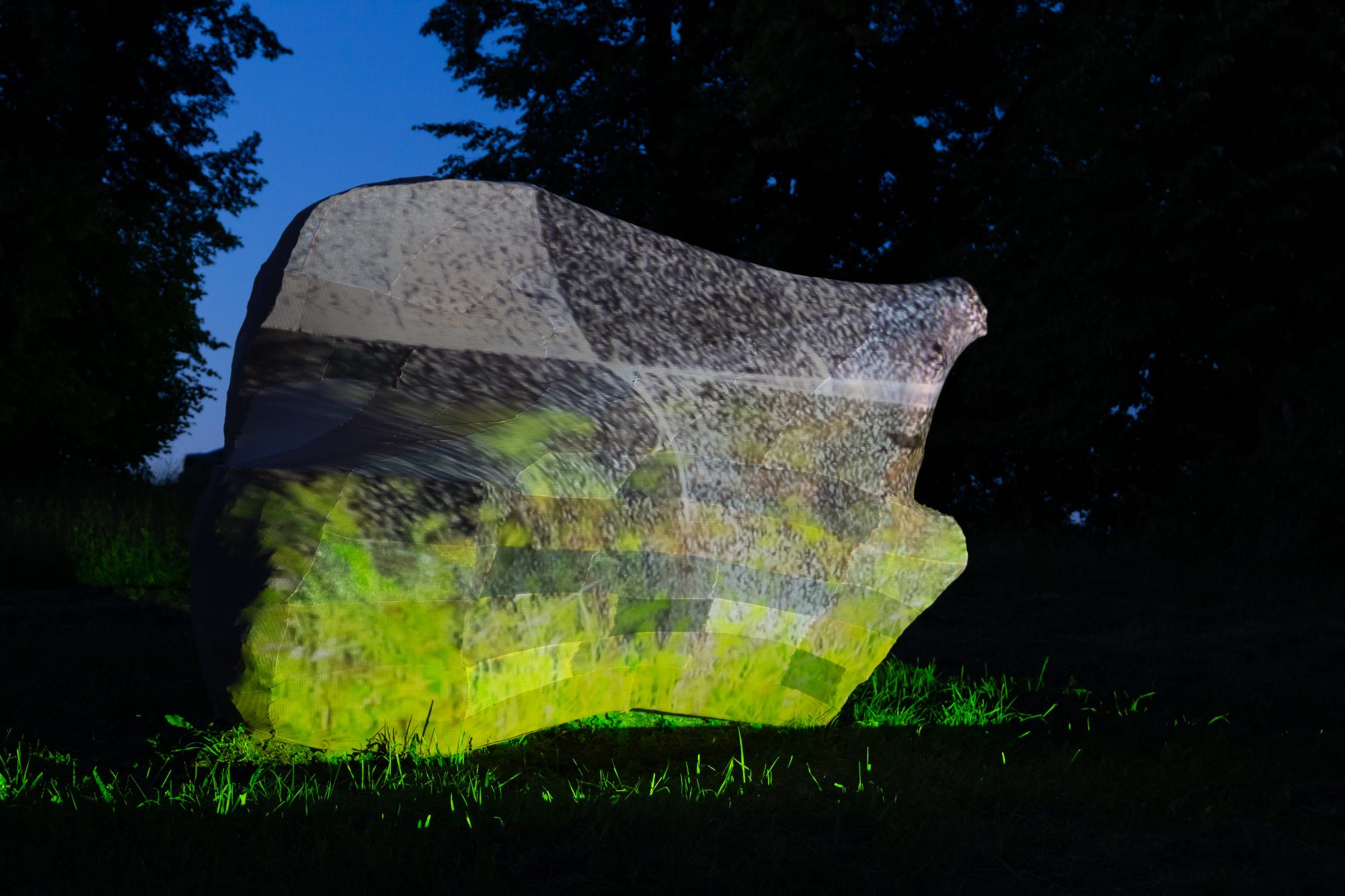 In August, several performances were performed at the International Artists’ Residency Pedvāle.

The artist Mirjana Medojević (Montenegro / Slovenia) performed a series of 5 performances indoors and outdoors, drawing inspiration from the surroundings and improvising with the things and objects found in the Residency. The concept of performances “Blue(wing) – Five Sketches for Theater” is based on William Blake’s poetry:

How sweet I roam’d from field to field,
And tasted all the summer’s pride,
‘Till I the prince of love beheld,
Who in the sunny beams did glide!

He shew’d me lilies for my hair,
And blushing roses for my brow;
He led me through his gardens fair,
Where all his golden pleasures grow.

With sweet May dews my wings were wet,
And Phoebus fir’d my vocal rage;
He caught me in his silken net,
And shut me in his golden cage.

He loves to sit and hear me sing,
Then, laughing, sports and plays with me;
Then stretches out my golden wing,
And mocks my loss of liberty.

The artist Anna Zakelja (USA / Slovenia) has developed her own authoring technique – projecting film onto large sheets of pantyhose. The pantyhose are sewn together in a grid fashion and act as a semi opaque projection screen, meaning the image appears most obviously on the fabric itself but also on whatever is behind it. This effect creates a doubling of the picture as well as a distortion based on whatever form the screen is streched over. The basis of technique is taken from Roger Caillois` call of the environment on the individual used specifically in relation to the female body and its implications as the object of „the gaze”.

During the residency, the artist used Ojārs Feldbergs’ sculpture “The Open Stone”, which is exhibited in Pedvāle Art Park. The performance was implemented both at night and during the day, with the artist herself performing behind a canvas of pantyhose. Photo credit of Anna` performances: Zigmārs Šteins.