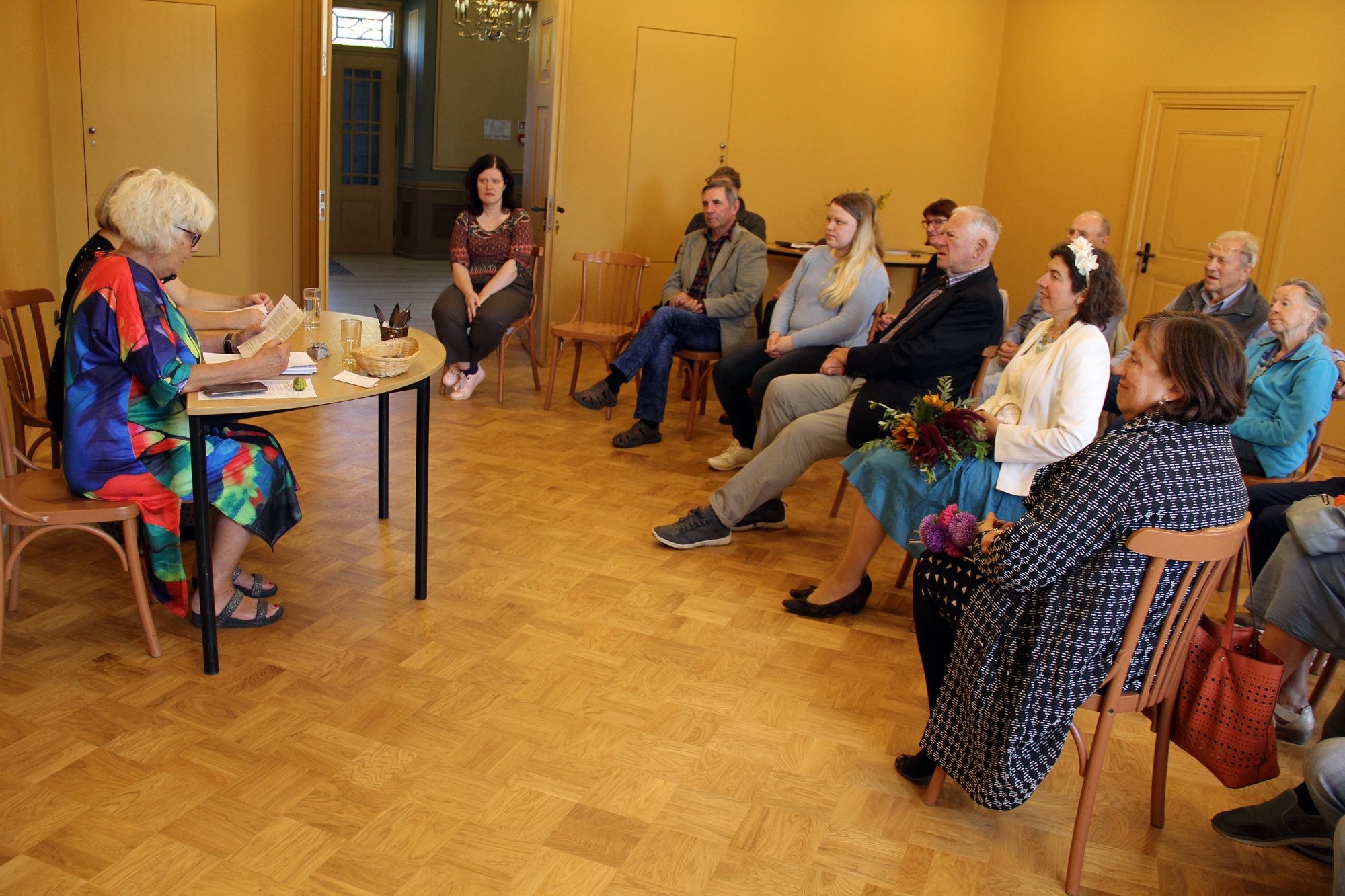 Traditionally, September is the time of Poetry Days in Latvia.

On the afternoon of 9 September 2021, at the International Artists’ Residency Pedvāle a meeting with Ingrid von Fircks took place, who, in her spare time from her psychotherapy practice in Munich, writes essays. Those interested had the opportunity to hear two of them.

Ingrid von Fircks is the granddaughter of the last barons of Fircks-Pedvāle Manor. During the meeting, she read an essay describing a dream that Ingrid dreams of at the age of 5 – about the distant land behind the Iron Curtain, where her father’s castle is located.

Since 2007, Ingrid von Fircks has been actively involved in the stone planting experiment of the artist Ojārs Feldbergs. During these years she has both weeded the planting spot in Pedvāle and participated in the stone seed selling, as well as many planting rituals. Therefore, it was quite natural that the second essay was devoted to this topic. It describes the events of 10 October 2010 in Pedvāle, when President Valdis Zatlers and Mrs. Lilita Zatlers visited this place.

Ingrid von Fircks read the essays in German, while the translations in Latvian by Viesturs Rikveilis and Valdis Bisenieks were read by Rudīte Matisone, the head of Sabile Children’s Library.